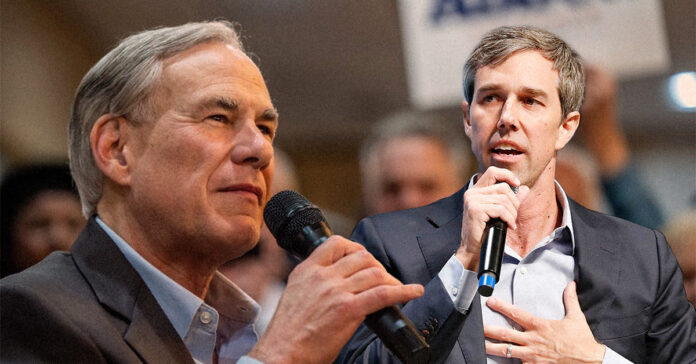 On Tuesday, Gov. Greg Abbott and Beto O’Rourke passed the primaries with flying colors, jumping to a big early lead and winning their respective parties’ nominations for Texas governor.

Abbott easily won over seven Republican challengers, including far-right candidates Allen West and Don Huffines. While O’Rourke came out triumphant over the other five candidates in the Democratic field.

Over the past 15 weeks, Abbott and O’Rourke exclusively attacked one another and ignored the others.

Abbott always takes an opportunity to associate O’Rourke with President Joe Biden who he is currently describing as “the greatest gift to Republicans this nation has ever seen since Abraham Lincoln.”

Meanwhile, O’Rourke will never let Abbott live down the deadly winter storm of last February, where the state experienced tens of billions of dollars of damages – which Texans continue to pay –  and hundreds of lives lost.

O’Rourke also cracks down hard on how Abbott handled the pandemic, reminding Texans of the 80,000 COVID-related deaths, while they have the largest lack of health coverage in the nation.

This fall, they will offer severely different visions, in an eight-month general election campaign that is not only likely to get nasty but will also be very expensive.

According to Abbott’s chief political strategist, Dave Carney, the contest could involve spending well in excess of $200 million. If that’s true it would be the most expensive gubernatorial election in Texas history, as reported by The Dallas Morning News.

O’Rourke raised more than $80 million in 2018, when he was running for the U.S. Senate against Ted Cruz, but he will probably need to raise more than that to hold his own race against Abbott.

“I’ll tell you, though, one real competitive advantage we have is that army of volunteers that we have that Abbott will never be able to match,” O’Rourke said.

Here are just a few of the issues they disagree on, as reported by The Dallas Morning News.

Beto’s approach to transgender children is well, quite different.

O’Rourke and Abbott don’t seem eye to eye on anything. In this election cycle, you are either with or against one or the other, there seems to be no gray area, just red or blue.