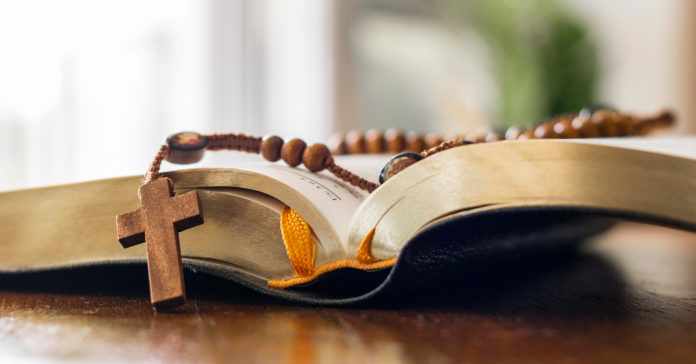 Christian voters must consider more than a candidate’s position on abortion when casting their ballot this election, El Paso’s Bishop Mark Seitz declared in a recent op-ed published in the magazine America: The Jesuit Review.

“For far too long, in pursuit of ‘single-issue’ strategies to end abortion, many Christians have scandalously turned a blind eye to real breakdowns in solidarity and dehumanizing policies,” he writes, citing in particular those measures designed to limit worker and voting rights, reduce welfare spending, and exploit immigrants and the environment.

By doing so, these voters have not only harmed society, but “the credibility of the commitment of Christians to the common good,” and ultimately “compromised the integrity of our Gospel witness.”

To be sure, Seitz is careful to stress his view that abortion remains a critical issue, and that he considers Democratic presidential nominee Joe Biden’s support for the repeal of the Hyde Amendment, which bans federal Medicaid funding for abortion with few exceptions, worrisome. Nonetheless, Seitz is adamant: Being a pro-life voter requires taking a broader view of a candidate than their stance on this single issue.

To support his argument, Seitz cites none other than Pope Francis, who in 2018 issued an Apostolic Exhortation declaring that protecting “the dignity of … human life” extends to “those already born,” including “the destitute, the abandoned and the underprivileged.” Politicians “looking for votes” might push the welfare of migrants to the side as “a lesser issue” to “bioethical questions,” said the Pope. But not a Christian, “for whom the only proper attitude is to stand in the shoes of those brothers and sisters of ours who risk their lives to offer a future to their children.”

Seitz goes further than the Pope in his willingness to name particular politicians. President Donald Trump, the bishop argues, has “tainted the pro-life cause with the individualism and cult of wealth, greed and celebrity that very quickly erode solidarity and cheapen life.”

The statement comes at a time when El Paso’s Beto O’Rourke has called on Biden to invest in Texas, arguing that the Lone Star state is officially a toss-up that could be decisive in ensuring a quick end to the election.

“We will know the winner of the Texas presidential election on election night,” O’Rourke and Way to Win’s Tory Gavito write in an op-ed. “If Texas turns blue that night, and its 38 electoral votes go to Biden, then Trump would have no viable path to victory, and the election would be over that night, before Trump’s lawyers can get through the courtroom doors to stop the vote counts in other states.”

Such an outcome is heavily dependent on turnout among the state’s Latinx voters, many of whom identify as Catholic. A September poll suggests the group is fired up, with a jaw-dropping 90 percent saying they plan to vote in the 2020 presidential election. According to the same poll, 66 percent plan to support the Biden-Harris ticket, versus just 25 percent for Trump-Pence.