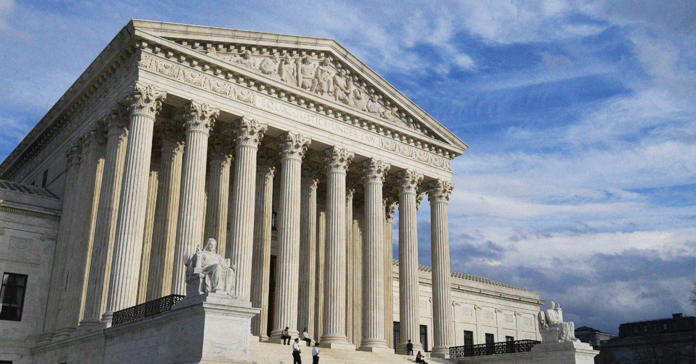 A majority of the U.S. Supreme Court  seemed to suggest on Tuesday that they are unlikely to side with the State of Texas and the Trump administration on a request to abolish the Affordable Care Act, also known as Obamacare. The court heard oral arguments in the Texas-led case led by embattled Texas Attorney General Ken Paxton that could decide whether up to a million Texans lose access to health insurance.

“It is plainly unlawful for the federal government to order private citizens to purchase subpar insurance that they don’t want,” said Paxton in a statement issued at the conclusion of the hearing. “Under Obamacare, Texans faced higher costs, fewer choices, and a power imbalance between the people and their government,” said Paxton. “The framers’ constitutional design leaves it to the states to identify and implement the best healthcare system for their citizens, particularly those with preexisting conditions. Today, Texas seeks to preserve that federalism. It’s time to end Obamacare’s one-size-fits-all approach and let the states do what works for them.”

At issue is whether Congress’ elimination of the individual mandate that imposed a tax penalty for failure to obtain health insurance renders the entire ACA unconstitutional. In essence, Texas and the other plaintiffs are arguing that the entire system should be abolished because there is no longer a penalty.

“It would cause enormous regulatory disruption, upend the market, cast 20 million Americans off health insurance during the pandemic and cost the states tens of billions of dollars during a fiscal crisis,” said Michael Mongan, the solicitor general of California.  “There is no basis for that result in text, intent or precedent,” he said.

Whether it will hold when it comes time to rule remains to be seen, but Chief Justice John Roberts and Justice Brett Kavanaugh appeared to be skeptical of the plaintiffs’ argument.

“It’s hard for you to argue,” Roberts said to Texas Solicitor General Kyle Hawkins, that the 2017 Congress intended for the entire ACA to fall if the individual mandate were struck down.

Maybe it’s true that some lawmakers would have wanted the court to strike down the full law, but “that’s not our job,” said Roberts.

“It does seem fairly clear that the proper remedy would be to sever the mandate provision and leave the rest of the act in place,” said Kavanaugh.

If the positions expressed by Roberts and Kavanaugh on Tuesday hold, they would be expected to join the court’s three liberal justices in voting against abolishing the ACA entirely.

“Donald Trump and Ken Paxton are kicking these families while they are down by pushing to end the Affordable Care Act during the worst pandemic our country has ever faced,” said Texas Democratic Chair Gilberto Hinojosa in a statement. “If Trump and Texas Republicans are successful, millions of Texans will lose their health care. Texas already ranks dead last in health care coverage. We must protect and preserve the Affordable Care Act and expand Medicaid under its provisions immediately. The health care of our state depends on it.”

Most analysts had predicted that the Texas case stood little chance of being successful, but given the court’s clear conservative bent in the absence of the late Justice Ruth Bader Ginsburg, there have been concerns it could go the other way.

“The likeliest outcome is that the justices vote to get rid of the lawsuit, because it’s so galactically stupid, to be totally candid,” Nicholas Bagley, a University of Michigan law professor who has followed the case closely, said to The Texas Tribune after Ginsburg died. “But I think any confidence you might have had before Justice Ginsburg died that the case would be turned away has surely been shaken. And I think there’s a lot more uncertainty about the future of the ACA.”

A ruling from the court is not expected until next year.

President-elect Joe Biden, meanwhile, has indicated he wants to expand the ACA.