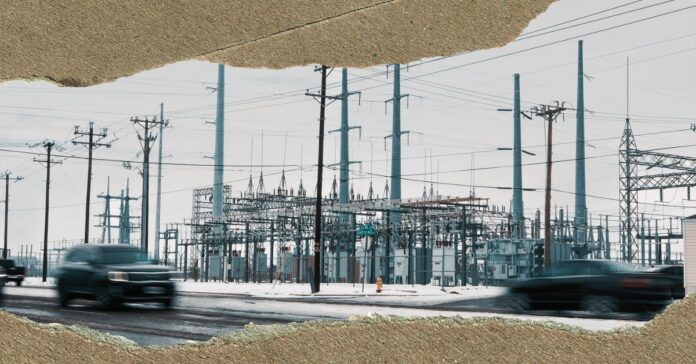 Texans across the state brace for a severe cold front expected just in time for the holiday weekend, with single digits forecast in the panhandle region, and low to upper teens in the major urban areas.

A blast of Arctic air from Siberia is expected to slam the continental U.S., shattering records and potentially causing major storms.

As Christmas decorations shine day and night, what concerns most Texans is not what they might find in their stockings, but whether they will have enough power to stay warm and still enjoy the holiday lights.

The Electric Reliability Council of Texas (ERCOT) issued an announcement last Friday stating it expects the state power grid to hold up under the stress of the cold Christmas week weather.

ERCOT notified utilities and power plant owners to expect higher demand due to the winter front, and that temperatures will be 25 degrees or lower in the Dallas and San Antonio metro areas between this Thursday and next Monday, Dec. 26.

Texas may see some of the coldest holiday weather since 1983, as the polar vortex is expected early Thursday morning, and will push temperatures below freezing in the overnight hours for five days throughout the holiday weekend, said Tom Kines, a meteorologist with AccuWeather, Inc.

However, Jonathan Porter, AccuWeather’s chief meteorologist predicts Texas will only experience hard freeze conditions for a few nights, and that snow or ice is unlikely, which should allow the grid to more easily meet demand during the overnight hours when temperatures are lowest.

Porter said the shorter period of cold makes it more likely the grid will hold up and avoid the type of failure experienced in February 2021.

The deadly blackout was blamed on frozen equipment at natural gas facilities and power plants that month.

Judah Cohen, head of seasonal forecasting at AER, a Verisk company, told Axios that the winter blast will potentially be “one of the coldest Arctic outbreaks in December in years.” He compared the intensity of the upcoming episode to the storm that caused the February 2021 grid failure.

But Axios also reported that the coming winter event does not look as severe or long-lasting as the cold snap that led to there in February 2021.

“Providing Texans with a reliable electric grid is our highest priority. As we monitor weather conditions, we want to assure Texans that the grid is resilient and reliable,” ERCOT President and CEO Pablo Vegas said in a statement. “We will keep the public informed as weather conditions change throughout the coming week.”

The debate has raged in recent months as to whether the states “winterization” efforts have indeed made the grid more stable, with the Public Utility Commission (PUC) saying that they expect to see the peak demand times met, while energy experts say that the state is less ready now that it was last winter.

“We are better prepared than ever,” said Peter Lake, chairperson of the state PUC. “Absolutely, I expect the lights will stay on” this winter.

ERCOT has said it has taken the necessary actions to prepare for future winter storms. According to its official seasonal assessment, power generation capacity will be sufficient to meet the electricity demand under winter weather conditions, in addition to the more “extreme” scenarios it modeled.

But a recent review released by the Federal Energy Regulatory Commission (FERC) found that the ERCOT grid remains vulnerable to extreme winter weather.

However, ERCOT refutes the accuracy of the federal report, said Rich Parsons, a spokesperson for the PUC. “The…report contained inaccuracies and ERCOT has called on the agency to correct the report.”

However, Mary O’Driscoll, a spokesperson for the FERC, released an updated version of the agency’s assessment, but it came to the same conclusion as the original report from October, maintaining that the grid is still susceptible to failure.

Consumer demand for electricity on the Texas grid could exceed available generation capacity by 18,100 megawatts under a winter scenario similar to what triggered the 2021 disaster, the report says.

Following the storm, Texas’ leaders “passed only modest grid reforms,” according to Adrian Shelley, the Texas office director at Public Citizen. “Instead, they let energy companies off the hook, leaving it mostly up to them to fix the problems they caused,” Shelley wrote to Newsweek.com.

“Texans are worried, as the constant reassurances by the grid managers at ERCOT show. If this year’s arctic blast brings another severe winter storm, we’ll have Texas leadership to thank for another disaster,” he added.

The Austin American-Statesman reported peak demand is expected to reach 67,398 megawatts if conditions are typical, based on the average winter peaks from 2007 through 2021. Generation capacity, meanwhile, is estimated at 87,300 megawatts.

On February 15, 2021, the grid was only four minutes and 37 seconds away from a total collapse, per a report by KXAN. If that had happened, experts say it would have been months before power could be restored to millions of people.

Recovering from a total outage might have taken months, devastating Texan’s homes, transportation, businesses, and hospital care. It could have even potentially impacted U.S. national security, said Ed Hirs, Energy Fellow at the University of Houston, author, and energy consultant, in a previous interview this fall.

He added that the massive outage “resulted in hundreds of deaths and over $100 billion in economic losses.”