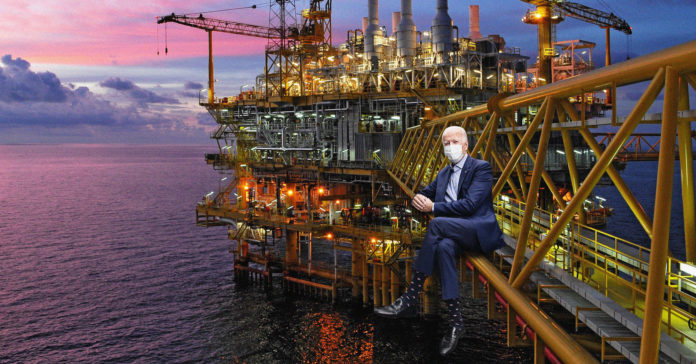 With former Vice President Joe Biden inching closer to clinching the presidency, the Texas oil and gas industry is bracing for a future with more regulation.

“I think clearly a Biden administration will impact the future of domestic production and our recovery,” said Ed Longanecker, president of the Texas Independent Producers & Royalty Owners Association. “The industry will survive under Biden, but there are thousands of small businesses that do not have the same resources to monitor and comply with increased regulations. It will make us more reliant on foreign oil and threaten our energy independence.”

Foremost on Longanecker’s mind as well as the minds of many other industry people is fracking. It’s a popular myth, led in large part by repeated accusations from President Donald Trump, that Biden wants to cease all hydraulic fracking in the United States. The truth is that he has proposed only prohibiting new fracking operations on federal lands. Biden’s reluctance to commit to a more hardline approach on the controversial practice—which is linked to poisoned drinking water and increased earthquakes in North Texas—cost him support with his party’s left wing even as he added Sen. Kamala Harris (D-Calif.), a Green New Deal architect, to his ticket.

The idea that fracking has made America energy independent is largely a myth, but there is no doubt that it has increased energy exports and boosted the industry’s profits. Even Biden’s relatively benign proposal is seen as threatening the gains oil and gas has made in the last several years. Longanecker said that a ban on fracking on federal land would impact 20,000 jobs.

Jobs are certainly on every Texan’s mind right now as the state’s unemployment rate hovers around 8% thanks to the economic downturn. The Texas oil and gas industry is down 100,000 workers from its peak in 2014, impacting a huge number of families as well as tax revenue for the state.

Longanecker claims that Biden’s proposal to move away from fossil fuels toward clean energy threatens to make the losses worse and permanent, pointing to the small number of jobs created by expansion of wind energy — “only 650 new jobs in the last 10 years.” We were unable to confirm that number but did find a report from E2 that indicated Texas is currently adding around 10,000 new clean energy jobs a year. Whether that would be enough to blunt the loss of oil and gas jobs remains to be seen.

Another fear involves global politics. Trump’s withdrawal from the Joint Comprehensive Plan of Action (commonly known as the Iran Nuclear Deal) was largely seen as a move backward in world peace. However, it was a boon to the oil industry, according to Longanecker. If Biden was to re-enter the deal, Iranian oil would once again flow into the market, an act that would probably prompt Iran’s longtime opponent Saudi Arabia to also increase production. This would drive the price per barrel even lower.

“If Biden rejoins the nuclear deal with Iran, then more oil from Iran will go into an already flooded market,” he said. “It’s hard to imagine that Saudi Arabia would hold back if their enemies are selling oil.”

Nor is the industry keen to re-enter the Paris Climate Accords. Longanecker points out that oil and gas in America has already spent $300 billion on carbon reduction practices and leads the world in that regard, having dropped carbon production by 12% since 2005. Biden’s proposal to increase tax breaks for companies engaged in carbon capture is one of the few bright spots that the industry sees in working with him, but they don’t want to rejoin the global agreement as they feel other countries are not pulling their weight.

“Why should we be bound by the agreement when others are not pulling their equal weight,” Longanecker asks.

Of course, not everyone paints as rosey a picture of the U.S. effort to reduce carbon emissions as Longanecker and others. National Geographic ranks several countries, including India, as working far harder to meet their goals to fight climate change than the United States. The Climate Action Tracker considers America’s actions, especially under the Trump Administration, to be woefully insufficient to address the problem of climate change, despite claims of voluntary and effective compliance from the energy industry.

It’s clear that the Texas oil and gas industry is expecting more regulation and less support from a Biden presidency and impact that will affect the number of people they employ as well as their bottom line. With Republicans remaining in control of Texas, including U.S. Sen. John Cornyn (R-Austin), there’s a question of just how much impact Biden can actually have in the state on this issue. Regardless, the energy industry is preparing to hunker down.