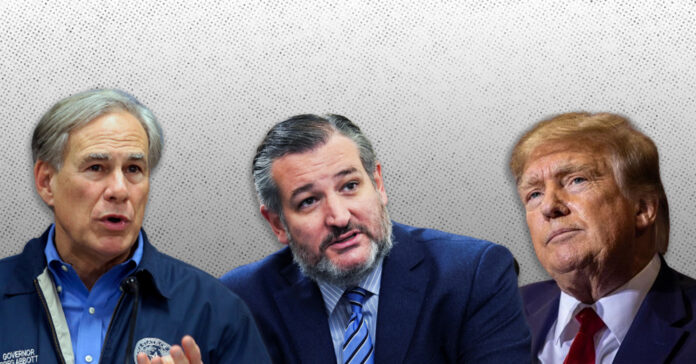 Viktor Orbán, the far-right Hungarian prime minister who last week denounced “race mixing,” is slated to speak today at the GOP conference in Dallas. Orban was widely rebuked after he made a speech arguing that Europeans should not “become peoples of mixed race.”

Orban also seemingly joked during the speech about Nazi gas chambers, saying in regards to proposed natural gas rationing, “the past shows us German know-how on that.”

One of Orban’s aides, Zsuzsa Hegedüs, who is Jewish, resigned in disgust after calling his comments “pure Nazi text worthy of Goebbels” and the “racist” culmination of an increasingly “illiberal turn.”

The United States denounced the comments as “inexcusable,” and U.S. envoy against anti-Semitism Deborah Lipstadt added that she was “deeply alarmed” by the “use of rhetoric that clearly evokes Nazi racial ideology.”

The International Auschwitz Committee of Holocaust survivors criticized Orban’s remarks as “stupid and dangerous” and demanded other E.U. leaders “make it clear to the world that [a leader like] Mr. Orban has no future in Europe.”

The Washington Post editorial board said last week that Orban, who runs “a country whose GDP is more meager than that of Kansas and whose population is smaller than Michigan’s, has become a role model for America’s right-wing populists who admire his blueprint for dismantling democracy” and for attacking “woke” culture.

“Shunned in Western Europe,” they continued “he naturally goes where he is appreciated,” and “will arrive to what is likely to be an adoring welcome at the annual Conservative Political Action Conference.”

According to their website, the Conservative Political Action Conference, or CPAC, “is the largest and most influential gathering of conservatives in the world. Launched in 1974, CPAC brings together hundreds of conservative organizations, thousands of activists, millions of viewers and the best and brightest leaders in the world.” The conference runs Thursday through Sunday at the Hilton Anatole in Dallas.

Portions of the convention will be livestreamed on CPAC’s website. CSPAN will also air some segments.