Home Opinions Opinion: COVID-19’s Economic Toll Will Be With Us For Years to Come
Facebook
Twitter
Email 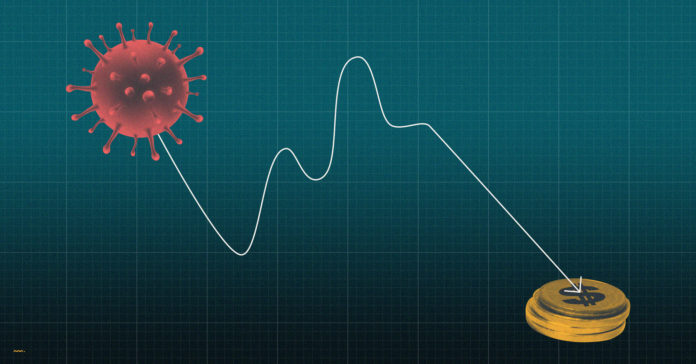 The high human cost and loss of life due to COVID-19 is tragic and staggering. Few of us remained untouched by the disease in one way or another, with over 6.7 million U.S. cases. As of Wednesday, the coronavirus had contributed to the death of more than 226,000 people in the United States. While the suffering and hardships imposed by these losses are incalculable and our primary concern, the economic consequences can’t be ignored.

A forthcoming study by Stephen J. Elledge, a virologist at Harvard Medical School, combines actuarial data on life expectancy and the distribution of COVID-19 associated deaths to estimate lost person-years of life. The study indicates that over 2,500,000 person-years of life had been lost due to the pandemic in the U.S. as of early October. My firm has taken this information, data compiled by the Centers for Disease Control and Prevention, and our modeling systems to examine the resulting implications for business activity.

Although most of the fatalities have occurred among older age groups, we estimate that 2020 fatalities will cause a loss of well over 600,000 job-years (a person working for a year) over time (using the lower range of CDC estimates). This value is fully adjusted for age, gender, ethnicity, worklife probabilities, labor force participation and stabilized unemployment rates.

As these direct losses flow through the economy in the coming years, the cumulative effects include declines of approximately $200 billion in gross domestic product, $120 billion in personal income, and two million job-years. This foregone activity is roughly equivalent to the annual amount generated in Louisiana or the Austin and Cleveland urban areas combined.

It should be noted that this measure does not begin to capture the full ramifications of the virus. The morbidity and lingering effects on those infected will reduce productivity over an extended period, as will the problems with forgone or delayed medical care among the rest of the population and the mental health challenges that are posed by the ongoing crisis. In addition, there are the ongoing impacts on workers, households and businesses that we try to measure and project on a continuing basis. The losses from fatalities are significant not only because of their magnitude, but also because they are both lingering and cannot be recouped.

Case numbers have been trending decidedly upward of late, and many hospitals are again becoming strained. If this pattern persists, the economic recovery will continue to suffer, particularly in the absence of a major new stimulus package. As the disease becomes better understood, and effective therapeutics and vaccines are developed, both incidence and severity should be reduced. In the interim, we must do all that we can to minimize the fallout.