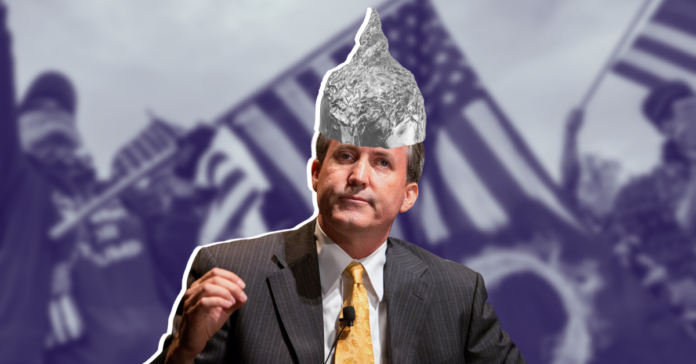 One of the dominating conservative talking points over the last four years has been that sexual predators are running rampant. Democrats are accused either of enabling it through support of LGBTQ people, or outright participating in Satanic human trafficking rings, depending on how far down the QAnon rabbit hole the Republican in question is. The fact remains that despite this newfound fascination with protecting children, Texas Republicans do not seem to be doing all that much to protect against pedophilia.

In 2021, Texas Attorney General Ken Paxton launched Operation Fallen Angel, a massive law enforcement task force that was designed to take down a sex trafficking ring in Dallas where girls were forced to perform sex acts for drugs. While it looked like Paxton might have a win on his hands, the flagrant bungling of the case has set six of the arrested traffickers free. In one onerous case, the task force just outright lost one of the victims.

Governor Greg Abbott hasn’t exactly covered himself in glory, either. Earlier this year, the state’s already horrifically broken foster care system was rocked by scandal when it was discovered that a state sponsored facility near Bastrop, The Refuge, had trafficked nude pictures of the children being held there. Abbott sent the Texas Rangers to investigate, but the officer reported they found no evidence of wrongdoing. The federal judge in charge of the case, Janis Jack, blasted the Rangers for not doing due diligence for the victims and threatened to hold them in contempt for withholding evidence.

This is on top of the long-running problems in Texas juvenile detention facilities where reports of sexual assault are unfortunately common. With the system in a perpetual state of near-failure thanks to lack of state funding, oversight and qualified personnel are hard to come by for the inmates. At least 11 staff members have been arrested for assaulting children in the facilities, prompting a federal investigation into the matter. Meanwhile, Abbott continues to funnel money out of the struggling system into Operation Lone Star, his deployment of Texas National Guard at the southern border.

Even among the regular rank and file Republican and conservative voters, the fight against pedophilia seems to be more of a rhetorical game than a substantive political position or action. In 2020, we spoke to Houstonian Jessica Stone, a survivor of childhood trafficking. She spent years in conservative circles trying to bring attention to the trafficking issue once QAnon launched their #SaveTheChildren campaign. In almost all cases, she found herself laughed at or scorned by people more obsessed with dunking on Democrats than actually doing anything to help.

“I’ll post about how the misinformation hurts me, and I just get called a crazy troll or a liar,” she said. “They claim to speak for the victims, but whenever I speak, I am laughed at and ridiculed. It’s upsetting fan fiction. People mix all these other conspiracy theories like antimask stuff and lizard people. It’s infuriating. There are always a few good ones in there, but in general if you don’t belong to QAnon, you aren’t welcome. That worries me. This is hurting the cause, and I feel powerless to do anything about it. It’s triggering as shit, and I can’t count the number of laugh reactions I get when I talk about it online. I’m dealing with it, but it affects my sleep and my wellbeing.”

For all the chest beating about protecting children from sexual predators, it’s hard to see where Republicans have made more than token progress. Instead, they focus their attacks on gay and trans people, who it seems are easier to target than actual sex criminals.