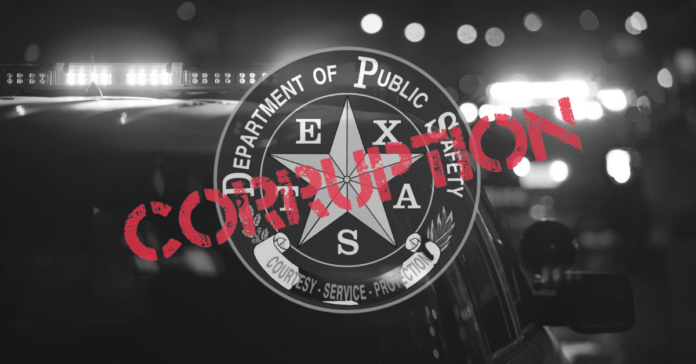 Multiple deep looks into the Texas Department of Public Safety show that the agency is rife with corruption.

In 2018, an investigation by KXAN showed that the Texas DPS had received over 500 complaints of harassment, discrimination, and retaliation since 2013. It resulted in a federal lawsuit filed by Darren Lubbe, a retired special agent with the state Criminal Investigation Division (CID) at DPS. Lubbe stated in his lawsuit that he was repeatedly harassed to attend a “cowboy church” and that retaliation when he didn’t drove him to early retirement.

It was only one of hundreds of examples. KXAN found that a Texas Ranger was sexually involved with the widow of a murder victim whose investigation he was heading. Another Ranger pulled a gun on a driver who flipped him off in traffic.

Sometimes the corruption was more direct. In 2019, the FBI began investigating the case of a DPS employee who was taking bribes for CDL licenses. The employee took tens of thousands of dollars to issue licenses to drivers who had not passed their exams or even shown up for them, at least 200 of them. Most of the recipients were immigrants. Ironic considering that Texas DPS has been Governor Greg Abbott’s preferred cat’s paw for anti-immigrant activity over the last year.

In 2020, four Texas DPS agents themselves filed suit against the organization. They claimed that Texas DPS had been promoting a quote system for traffic stops that were leading to competition among officers that resulted in discrimination and false detainment. Quotas are illegal, but scoreboards were put up in precinct houses anyway, and low scorers were ridiculed and harassed.

The most startling example of corruption has to do with Texas DPS investigations of politicians and public employees. Lise Olsen at Texas Observer did a deep dive into corruption investigations carried out by the Texas Rangers under control of DPS and found that only a tiny fraction of them were ever prosecuted. In the few cases where the Rangers did doggedly pursue corruption, they mostly focused their attention on people of color or whistleblowers. The Rangers famously declined to investigate Attorney General Ken Paxton for bribery and misuse of his office, something that is now being carried out by the FBI instead.

For almost a decade, the Texas DPS has been receiving complaints from both inside and out about the culture of corruption within the department. It’s ranged from bribery to harassment to blatant misuse of office. However, because the department is mostly self-regulated there are few consequences unless the federal government gets involved.

More and more power has been added to the Texas DPS and put under the governor’s direct control during the Abbott administration, causing it to become a political arm. With fewer and fewer watchdogs for Texas DPS every day, there’s little reason to expect the corruption to lessen.