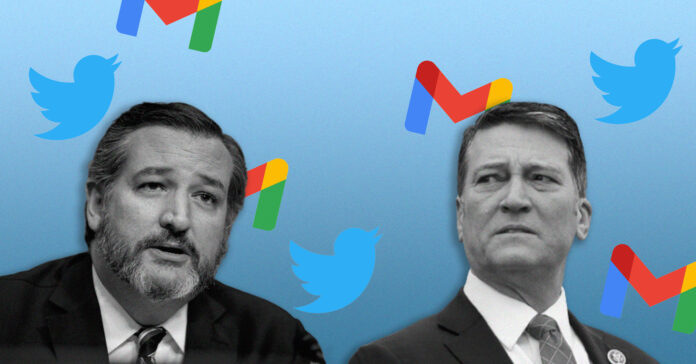 The Texas Republican Party loves a good witch hunt, their latest victim: Big Tech. They are currently going all-in on theories that tech companies such as Twitter and Google are working hard to exclusively censor conservatives.

According to a recent North Carolina State University study, Google’s Gmail favors liberal candidates, while more than two-thirds of GOP pitches from conservative candidates are marked as spam.

The basis of the study allowed a recent Federal Election Commission complaint filed by several Republican Committees alleging that Google is “putting its thumb on the scale to benefit one party’s candidates over another, in violation of federal law,” as reported by The Houston Chronicle.

However, experts in computer science and politics say the situation is much more complex than Republicans make it out to be.

For example, Google is constantly reworking its filters to try to serve up the emails its users need to see while cutting down on junk. A Google spokesperson said mail classifications are based on user behavior and feedback, rather than senders.

“Even by wacky QAnon-style conspiracy theories, Rep. Jackson’s claims about Gmail are absurd,” said Henry Farid, a computer science professor at the University of California, Berkeley.

“Republicans continue to push the lie that social media is anti-conservative, despite study after study showing that conservative voices dominate social media, are favored by recommendation algorithms that promote their content over more central content and are given preferential treatment in terms of rule-breaking posts.”

Apart from Jackson, Sen. Ted Cruz has also gone up against Big Tech companies. Thanking Elon Musk for his acquisition of Twitter, claiming it helped him mysteriously gain hundreds of thousands of followers.

“It’s almost like they turned off the shadow bans … ” Cruz tweeted.

Experts also disagree with Cruz. According to Dan Wallach, a Rice University professor of computer science and of electrical and computer engineering, Twitter has to weed out “huge armies of fake accounts” that tweet and retweet content, often to boost a certain message or viewpoint.

The battle with robot farms may be why Cruz found that he gained 200,000 followers in a matter of days. Wallach said it may have been a robot army meant to piggyback on the announcement that Musk was buying Twitter.

“I find it unlikely that 200,000 people spontaneously subscribed to the senator from Texas,” Wallach said. “Those were robots, not people.”