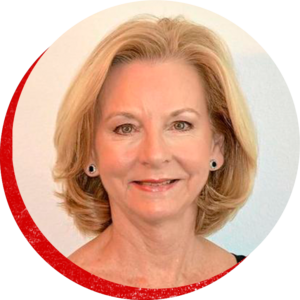 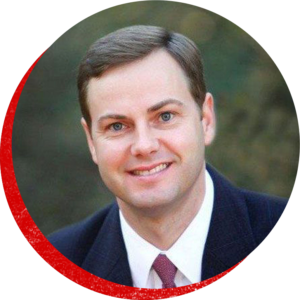 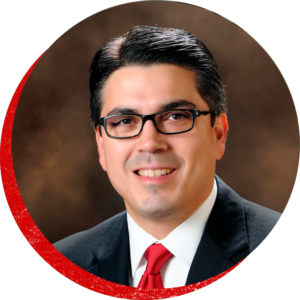 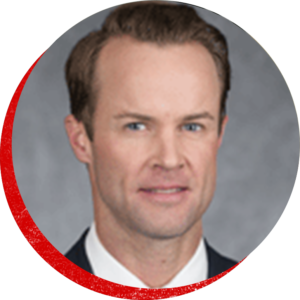 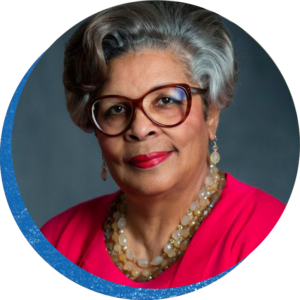 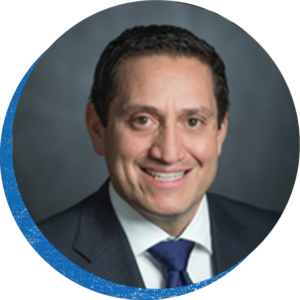 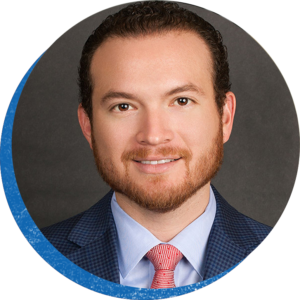 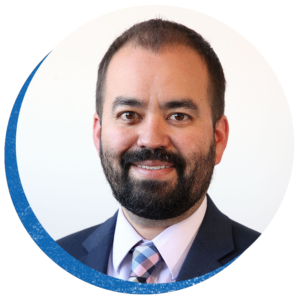 Live updates the Speaker of the Texas House Race:

First-term Texas House Speaker Dennis Bonnen announced he will not seek reelection to Texas House District 25 in 2020, sparking immediate discussions around who would run to replace him as the leader of the lower chamber in 2021.

State Rep. Senfronia Thompson, the longest-serving woman and Black person in the history of the Texas Legislature, files to run for speaker of the Texas House, making her the first to enter what’s been a quiet race so far to replace retiring Speaker Dennis Bonnen, R-Angleton.

Over 40 Members of the Texas House Republican Caucus gather to discuss the speaker’s race in light of the general election. Two primary factions within the Republican House Caucus, identified as “Team Texas” and “Team Bonnen,” emerge as the powerhouses from which initial GOP candidates will be drawn.

According to reports first published by Texas Scorecard, this meeting is by invitation only, with many in the GOP caucus being excluded.

Rep. Trey Martinez Fischer (D-San Antonio) becomes the second candidate, and Democrat, to announce their candidacy for Speaker of the Texas House

First reported by The Texan, Rep. Kyle Biedermann announces his decision to leave the Texas Freedom Caucus after meeting with 40 other members of the Texas Republican Caucus regarding their appointment for Speaker of the House, stating:

“My goal for the past six months has been to bring the Caucus together and heal the damage caused by Speaker Bonnen and build back the trust that we lost. I believe we need to unite the Caucus in order to choose a Speaker committed to changing the culture of the House…. I feel so strong about the need for open communication and unity that I decided to leave the Freedom Caucus and not have ties to any group.”

Rep. John Cyrier announces he will back Morrison’s candidacy, effectively dropping out of the race.

In 2019, Bonnen told the Austin American-Statesman, “I think Texas would be very blessed if there was a Democrat majority and Joe Moody wanted to lead the House,” if Democrats were to take the Texas House in the future.

Genie Morrison announces she will support Ashby in the race, opting to remove herself from the running.

Election Day Results: Texas Democrats needed to pick up a net nine seats to flip the state House of Representatives. Instead, with unofficial results tallied, it appeared Wednesday that Republicans would in fact pick up a seat — increasing their majority in the state House.

And in the only confirmed seat to flip for Democrats so far, Houston State Rep. Sarah Davis, one of the most moderate members of the Texas GOP, conceded to Democratic challenger Ann Johnson, bringing the net gain for Democrats in the 2020 election cycle to 0.

At a noontime news conference at the state capitol, State Rep. Dade Phelan (R-Beaumont) declared himself the new speaker of the Texas House.

During the press conference, Rep. Phelan claimed he has secured the support of a supermajority of the Republican Caucus as well as a broad coalition of support from the House Democratic Caucus.

Phelan emerged as the frontrunner when Democrats failed in their effort to flip the house in Tuesday’s election. The list of supporters Phelan released Wednesday afternoon via Twitter includes three of the four Democrats — State Reps. Senfronia Thompson (D-Houston), Oscar Longoria (D-Mission) and Joe Moody (D-El Paso)  — who had planned to run for the position. It also included Chris Paddie, who dropped out earlier that day.

Although it appeared that the Speaker’s race had ended, Ashby put out a statement saying support for his candidacy has “continued to grow over the last 24 hours” and that he hopes “all members of the Republican Caucus will be afforded an opportunity… to vote to back a candidate.” Chairman Huberty also pushes back on the narrative that the speaker’s race is over.

Republican Party of Texas Chair Allen West decries backroom deals in the speaker’s race and calls for the speaker selection to align with the party’s platform planks, which call for a secret ballot election amongst the House Republican Caucus.

Later that evening, in a plot twist, Ashby drops out and backs Morrison, who is running again. She puts out a statement citing her experience as Chairwoman under three Republican speakers will help unify the House.

Phelan announces his support has grown throughout the day to over 90 members.

Former candidate Senfronia Thompson confirms her support for Dade Phelan on Twitter, as does a mostly women voting bloc in the Democratic caucus, who met with Phelan and were confident he would do more to help women find leadership positions under his speakership.
Phelan announces he has supermajority support (57 Republicans and 49 Democrats).

Then, a meeting organized by Republicans aligned with Ashby and Morrison was held. While not an official caucus meeting, all Republican members were invited.

Breaking: Chair Morrison withdraws from speaker race, clearing the way for Phelan speakership – During an afternoon meeting of some GOP members in Austin, Morrison withdrew. “My team and I are uniting the Republican Caucus with our support of Dade Phelan,” she told Quourm Report.

Breaking News: In an email to party faithful Monday morning, Texas GOP Party Chair Allen West wrote that the state party will “not support, nor accept” State Rep. Dade Phelan (R-Beaumont) as the new speaker of the Texas House.

“Texas does not need a Republican political traitor, not at a time when the two diverging philosophies of governance are this lucid,” West’s Monday morning missive reads.

After quickly cobbling together broad support from both Republicans and Democrats, Phelan has emerged as the heir apparent to the seat being vacated by retiring House Speaker Dennis Bonnen (R-Lake Jackson).

With Republicans holding the majority in the Texas House, Phelan does not need the support of Democrats to win the speaker’s seat, however, he has indicated a desire to reach across the aisle in hopes of forging a cooperative working environment leading into the 2021 legislative session.

It is Phelan’s association with any Democrats that offends West, calling it “utterly absurd and demonstrably idiotic that any Republican would join with Democrats.”

“The Republican Party of Texas will not sit back idly and watch leftist Democrats be placed as committee chairmen who will undermine, kill, our legislative priorities, as happened in the 86th Texas legislative session,” the chairman added.

“Texas will be led by constitutional conservatives, not middle of the road “road kill” individuals seeking alliance with Marxist, socialist, leftists. We fought hard in the 2020 election cycle — against massive odds and leftist resources — to retain a strong legislative majority.”

West can stomp his feet and complain, but he has no vote on who runs the Texas House.

Dade Phelan, the Man Who Would Be Texas House Speaker 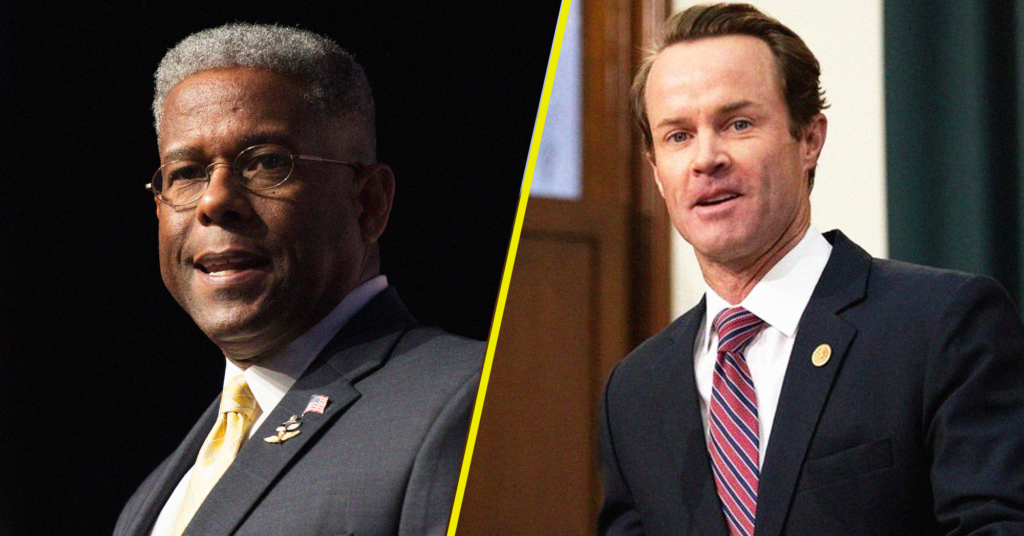 First Elected to the State House of Representatives in 1999, Rep. Geanie Morrison is currently serving her 11th term in the Texas Legislature.

First elected to the State House of Representatives in 2013, Rep. Trent Ashby is currently serving his 4th term as a state legislator.

First elected to the State House of Representatives in 2013, Rep. Chris Paddie  is currently serving his 4th term as a state legislator.

First elected to the State House of Representatives in 2015, Rep. Dade Phelan is currently serving his 3rd  term as a state legislator.

First elected into the State House of Representatives in 1972, Rep. Senfronia Thompson is currently serving her 24th term as a State Representative.

First elected into the State House of Representatives in 2013, Rep. Oscar Longoria is currently serving his fourth term in office.

Having been elected to the State House of Representatives in 2013 at the age 27 – Rep. Joe Moody was the youngest serving state representative in Texas history. He is serving his 4th term as a State Representative.