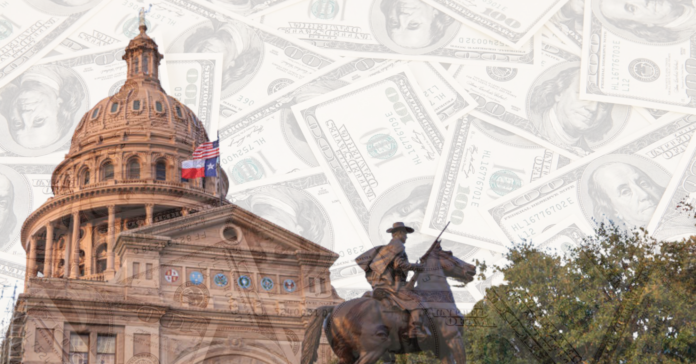 New campaign finance reports released last week by Texas legislators, elected statewide officials and candidates for both show an early glimpse into the competitiveness of some of the upcoming primaries as candidate filing continues.

These special session contribution reports cover the period of time between September 7, 2021 (the day the Governor signed the proclamation calling the third special session), through October 19, 2021 (the date of final adjournment), except for those candidates that participated in the November special election runoff for House District 118.

Here are the highlights for statewide officials, candidates who have announced or filed to be on the ballot:

The Republican primary race in the Governor’s race is lopsided. Incumbent Greg Abbott outraised everyone in the state with $5 million. This came from over 40,000 donors, though 5 and 6 figure donations from 54 individual donors and 10 entities comprised 42 percent of the fundraising haul. Abbott’s top donors were as follows:
$500,000

The other challenger, former Texas GOP chair Allen West raised $356 million. His top donor was Caryn Borland, who gave $35,000. According to news reports, former Vice President Mike Pence once declined going to a fundraiser hosted by Caryn Borland and her husband because of their support of QAnon conspiracy theories. A third challenger, TV commentator Chad Prather, raised $14,000.

In the Democratic primary, Beto O’Rourke announced November 15, well after the filing period for the third special session, but it’s expected his demonstrated fundraising prowess will be seen in the next filing in January. None of the other announced or filed candidates, Deidre Gilbert and Michael Cooper, submitted a campaign finance filing.

The Republican primary race in the Attorney General’s race is perhaps the most competitive with each candidate and the incumbent raising more than hundred thousand dollars in the 42-day fundraising period. Land Commissioner George P. Bush outraised incumbent Ken Paxton, former Texas Supreme Court Justice Eva Guzman, and State Rep. Matt Krause (R-Fort Worth) who dropped out of the race Monday. Bush raised $550,000, while Paxton raised $541,000, Guzman raised $329,000, and Krause raised $435,000. Krause received a large chunk of that fundraising haul, $309,000, from fellow House Freedom Caucus member and oilman Mayes Middleton (R-Walisville). Louie Gohmert, who just joined the race, filed well after the reporting period, but claims to have raised $1 million this month.

Lt. Gov. Dan Patrick has a few primary challengers, but they all raised less than a thousand dollars during the fundraising period. Patrick still outraised his potential general election opponents in the Democratic primary. He raised $549,000 while Mike Collier, who Patrick beat in 2018, raised $217,000 and former Bush strategist Matthew Dowd raised $372,000. State Rep. Michelle Beckley (D-Carrollton), who announced a week ago, raised $460.

White’s top contributor was the Alabama-Coushatta Tribe, who wrote him a $10,000 check.

No Democrat has announced for the race.

The Land Commissioner office is vacant as George P. Bush is running for Attorney General. State Sen. Dawn Buckingham (R-Lakeway) announced her candidacy for heading the General Land Office shortly after Bush announced his. She raised $170,000. The other challengers include Republican Jon Spiers, who raised $5,000, and Ben Armenta, who raised $17,000.

Democrats Jay Kleburg, Michael Lange and Jinny Suh have all announced in the last two months. Suh announced on September 23, two weeks into the filing period, and was the only one to submit a contributions report, which showed $3,000 raised.

Chairman Wayne Christian is the only Railroad Commissioner on the ballot in 2022 and he raised nearly $100,000. He has two announced challengers, Dwayne Tipton and Thomas Slocum. Tipton raised $2,300 while Slocum filed his treasurer appointment for the race in late October well after the reporting deadline.

Incumbent Glenn Hegar faces no announced challenger in his party. Last week, former 2018 candidate for House District 17 Janet Dudding, who is an accountant by trade, filed with the Texas Ethics Commission to raise money for a campaign for comptroller. Hegar raised $141,000 during the reporting period. His top donor was H. Ross Perot Jr., who wrote him a $25,000 check. He also received checks from two Dallas hoteliers, $10,000 from TRT Holdings founder and billionaire Robert B. Rowling and $5,000 from Monty Bennett.