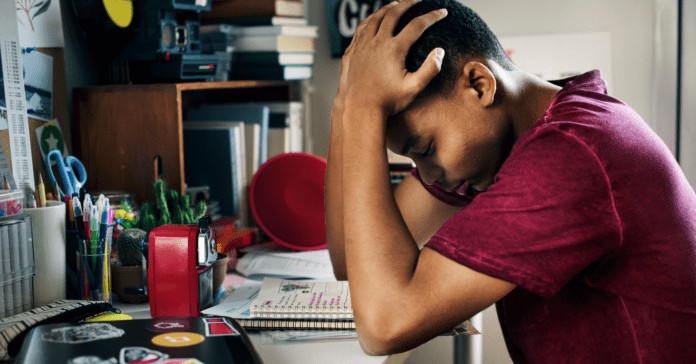 Would you accept $12.4 billion if it was offered to you? What if you had to spend most of it on your kids? What if those kids really needed help? That is the question officials in the state of Texas are pondering. The American Rescue Plan (ARP) Act, the latest federal stimulus package, includes $12.4 billion for public schools with a provision that 90% of it be used for children who qualify under Title 1 provisions of the Elementary and Secondary School Emergency Relief (ESSER) Act.

These students arguably have the greatest needs of any students in the state. Because of this “maintenance of equity” provision and the disallowance for Texas to use most of the money the way they want, some state officials reportedly are considering rejecting the funds in their entirety. Hard to believe? Let’s look at the history.

In the summer 2020 the federal government released $1.3 billion to the state for public education as part of the Coronavirus Aid, Relief, and Economic Security (CARES) Act. There was no maintenance of equity provision in that law that would require states to use a set percentage of the funds for students and prevent them from using the funds to fill holes in their existing state budgets. Still, many states used at least some of the funds for kids, fulfilling at least in part the spirit of the legislation.

Texas chose to supplant rather than supplement school funding to make up gaps in their budgets. According to Laura Yeager of Just Fund It Tx, a Texas based advocacy organization promoting adequate funding for public schools, “Texas swapped out the entire $1.3 billion of federal dollars for state public education dollars.”

Again, in December of 2020 the federal government provided states with education funding through the Coronavirus Response and Relief Supplemental Appropriations (CRSSA) Act. Texas’ portion was $5.5 billion. While the state has still not drawn down the money, they reportedly asked about a waiver request last week that would give them wide latitude to use the funds as they wish rather than direct them to needy children. “While we don’t know when the Department of Education will decide, this move suggests that Texas would like to supplant (not supplement with) this second round of dollars as well,” said Yeager.

Which brings us back to the $12.4 billion for kids in the latest stimulus package and the potential failure of Texas to receive the funds for their neediest kids because of federal restrictions on how the money must be spent. “Rumblings are that these strings could even prompt Texas not to accept the funds,” Yeager said. “Would we really not accept billions of dollars just because we have to give them to students in need?”

The question comes at a time when the state’s historic tendency toward self-reliance is under scrutiny. Over 4.5 million residents were without power for days in the recent power outage because the Texas grid stands alone. Because of past refusals to expand Medicaid under the Affordable Care Act (ACA), the state leads the nation in the number of uninsured people.

Even though the Legislature provided a much-needed $6.5 billion into its public school system in 2019 it still ranks in the bottom half of states in education spending per pupil and that was before the COVID-19 hit. The pandemic hit the state’s schools hard, reducing enrollment by over 150,000 students with district officials expending every effort to find them. Districts in the poorest parts of the state like the Rio Grande Valley were particularly damaged. The addition of federal stimulus dollars in those areas would provide tremendous financial aid to those schools and communities. But at a time when Texas needs every dollar it can get for its public schools, state officials are either supplanting federal funds or potentially considering not accepting them.

The three federal stimulus packages would add nearly $20 billion to Texas public schools and provide remarkable benefit for our neediest students. While the federal government did not require a “maintenance of equity” provision in the first two packages, they have included it in the third. Will this requirement be enough to cause the state to step up and spend the money on their poorest kids or will they supplant the second stimulus of $5.5 billion and refuse the third stimulus of $12.4 billion? The state has already used $1.3 billion intended for public schools to address other budget needs. What will they do with the additional $17.9 billion that hangs in the balance?

Texas’ large number of missing students, the needs of children affected by the pandemic and the state’s lower standing of per pupil spending demand that the state accept federal funding for its 5.5 million public school children and channel as much as possible directly to districts to help those most in need. We should not use pandemic emergency assistance to fill state coffers.