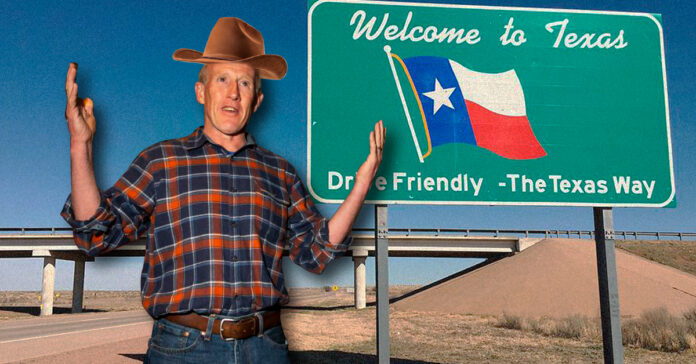 Republican Texas Rep. Gary Gates of Fort Bend County stated online for years that he “lives about half his time in Crested Butte, Colorado,” the mountainous snow-skiing town where he owns a house.

But here in the last full week of his contested GOP primary campaign in the flatlands of Richmond TX, Gates has suddenly taken an eraser to his confession that he spends so much time out of the Lone Star State.

The info about his role as a founder and president of the conservative Colorado Citizens Coalition now says he merely “owns a home” and does business in Crested Butte.

ReformAustin’s Feb. 20 report showed the glaring split between Gates’ apartment complex business in Colorado and the 7,000 Houston-area apartment units he and his companies own in Texas, where Texas Railroad Commission Chairman Wayne Christian, a Republican, and Houston City Council Member Robert Gallegos publicly labeled Gates “a slumlord.” The report also highlighted Gates’ statement that he lives half the time in the Rocky Mountain State.

In Colorado, a newspaper report called Gates’ new apartment complex creation “the largest private-public affordable housing project in Gunnison County.” It sets asides units on which blue-collar workers can afford to pay rent in the middle of a high-priced, resort-like playground.

In Houston, however, Gates recently bought a housing complex for seniors that had been owned by a charity group, announced he would jack up the rents, and said he would no longer reserve all units for older renters. He also moved to evict a few residents.

To review: In Colorado, where he spends a now-vague number of days, Gates works with public entities to provide affordable housing; in Texas, where he makes laws, his approach to landlording seems less concerned with the consequences of his business practices.

But some of the symmetrical half-Colorado, half-Texas Gates still lives on in cyberspace. He’s the online man with the conservative plan for two organizations: the Colorado Citizens Coalition and its look-alike, the Texas Citizens Coalition.

The winner of the Republican primary between Gates and energy engineer Rob Boettcher will face real estate agent Democrat Nelvin Adriatico in the November general election for the District 28 seat in the state House.