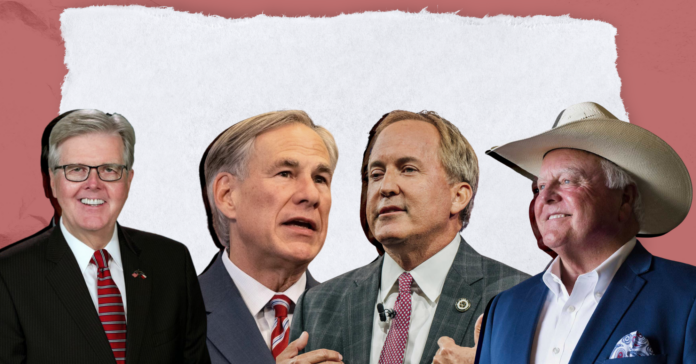 Election night has come and gone and most incumbents retained their posts. It may come as no surprise that Texans don’t particularly like change. Incumbents this election seemed to count on that as their mantra appeared to be, “The state is in a hell of a shape. Please re-elect me and I promise I will fix it this time.”

Texans decided to continue having more of the same this election with a large number of incumbents being re-seated. While border security and dissatisfaction with how it is being handled was the number one issue for Texans, they oddly decided that those who have handled it for the last eight years should be re-elected to a job that they believe has been poorly done. But, as H.L. Mencken once opined, “Democracy is a pathetic belief in the collective wisdom of individual ignorance.”

Governor Greg Abbott, who came out in May in favor of private school vouchers – a historically unpopular topic with Texas voters – easily won against challenger Beto O’Rourke by a margin of just over 12%.  Abbott faced stiff challenges to his re-election from an independent expenditure group focused on his statement “It could’ve been worse,” after the Uvalde school massacre; his handling of the pandemic; his responses to the Texas grid failure during the Winter storm of 2021; and his mishandling of border security through his controversial Operation Lonestar. In the end, voters didn’t care and re-elected him by a healthy margin.

The Lt. Governor spot was retained by Dan Patrick in his race against a more moderate, and some say more Republican challenger, Mike Collier. Collier, a Certified Public Accountant with a strong understanding of finance may have suffered from a lack of name recognition with voters although he garnered 46.5% of the vote in a 2018 match-up with Patrick. Patrick, a radio personality originally from Baltimore, Maryland who changed his name from Danny Goeb, has held the most powerful government position in the state for the past eight years. Only in Texas can a man who once had a vasectomy while on the air achieve and retain this level of power.

For the Attorney General position, incumbent Ken Paxton defeated challenger Rochelle Garza by a double-digit margin. Paxton, who has been under federal indictment for securities fraud for the past seven years and recently fled from his home to avoid being served a subpoena, was chosen by Texas voters to remain as the state’s top lawyer.

In yet another testament to the apathy of Texas voters, Agriculture Commissioner Sid Miller retained his post, defeating challenger Susan Hays. Miller’s missteps are almost too numerous to mention but the latest includes his campaign consultant Todd Smith being indicted for theft and bribery related to selling hemp licenses illegally that are administered by Miller’s office. Miller has also been investigated twice by the Texas Rangers as well as dealt with complaints to the Texas Ethics Commission for his use of political funds to attend a rodeo in Mississippi and for a trip to Oklahoma to get a controversial medical procedure called a “Jesus shot.”

As if this wasn’t quite enough, voters also voted to elect Julie Pickren to the State Board of Education by a wide margin. Pickren received over 60% of the vote in a three-person race even though she was previously removed from the Alvin ISD school board for her participation in the crowd calling for the violent overthrow of the government on January 6, 2020, in Washington, D.C. While Pickren doesn’t appear to have many qualifications for the job, her opponent Dr. Daniel Hochman has a Ph.D. in Experimental Pathology from the University of Texas and teaches for the Galveston Independent School District. But in Texas, your lack of qualifications and knowledge about a job certainly don’t prevent voters from electing you.

Beyond these results, there were no changes in the balance of power in either the Texas House nor the Texas Senate. The final state election results can be found here.

Columnist Cal Thomas reminds us of the “old joke about a fictitious poll taker who asked people what they thought about ignorance and apathy when it comes to politics and elections. One respondent said, “I don’t know, and I don’t care.” That certainly seems to be the case in this election, as voters disgruntled about the mess in Texas turned out to re-elect incumbents responsible for it.