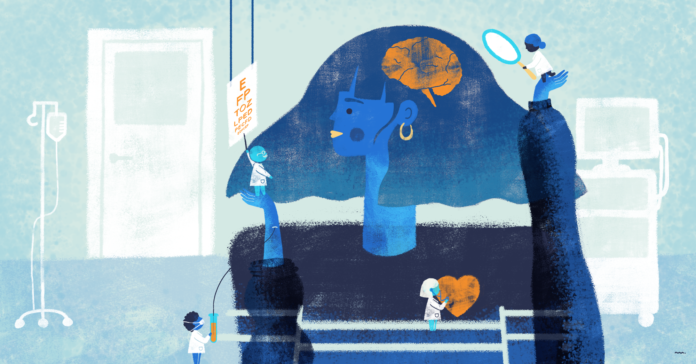 Texas women have a healthcare problem.

In 2017, Houston Public Media reported that 17 percent of Texas women live in poverty. In 2018, the Kaiser Family Foundation found that three in 10 Texas women are low-income, and almost one in five are uninsured. And, a survey from KFF found that half of Texas residents say it is a challenge for their family to afford healthcare. In Texas, the largest demographic living in poverty are females ages 25-34.

In 2011, the budget for family planning programs in Texas was cut by legislators, and in 2013, the state removed Planned Parenthood as a service provider, all of which likely contributed to the high number of women without healthcare access.

This month, Gov. Abbott praised the Trump Administration for providing $350 million in federal funding for the Healthy Texas Women program. Gov. Abbott believes the waiver will provide a much-needed health resource to Texas women as is it administered through the Texas Health and Human Services Commission.

Healthy Texas Women provides a full spectrum of health services for women, including pregnancy testing and counseling, sexually transmitted infection services, clinical breast exams and cervical cancer screenings, mental health, along with immunizations treatments and other benefits. Services are provided to eligible, low-income women at no cost to them.

Eligibility requirements include: Being 18-44 years old, and being a U.S citizen or legal immigrant and Texas resident. Other requirements include not having health insurance, not being pregnant, and having a net family income at or below 200 percent of the federal poverty level. For example, a family of four can’t make more than the monthly maximum income of $4,100 to qualify.

Abbott’s announcement stated that HTW serves approximately 173,000 Texans, and that “…the demonstration waiver is approved through December 2024, [which] will allow Texas to serve more than 200,000 clients a year.”

Though some welcome the additional funding, they worry it won’t be enough to fully address the healthcare concerns of Texas women, particularly those most in need.

Rep. Donna Howard (D-Austin) worked as a critical-care nurse before she was elected to the State Legislature in 2006. Howard is the Chair of the Women’s Health Caucus, and her long-standing strong voice for quality health services for low-income women has been fiercely committed to fighting for family values, and notably advocating for funding to address the maternal mortality crisis.

Rep. Howard told Reform Austin, “There’s no question that the newly available federal funding is welcomed, but we need to ensure those dollars are used to expand women’s health services and not merely be swapped for current state dollars, as we are only meeting the needs of an estimated 10 percent of eligible women, as is. Unfortunately, the capacity issue is compounded by the state’s ideologically-driven exclusion of one of the most qualified and prolific providers—Planned Parenthood.”

Rep. Howard continued, “Though using this additional funding to bring in all qualified providers and expand capacity would be my first choice, at the very least, we should expand and improve women’s health and could do so by covering the recommended expansion of postpartum Medicaid coverage from two to 12 months, which could significantly reduce maternal morbidity and mortality.”

Funding doesn’t necessarily solve the problem of access for women in rural areas, where providers may not be easy to find.

Additional funding from the Texas Legislature could make a difference, but it remains to be seen whether women’s health will be a priority when the Legislature reconvenes in 2021.