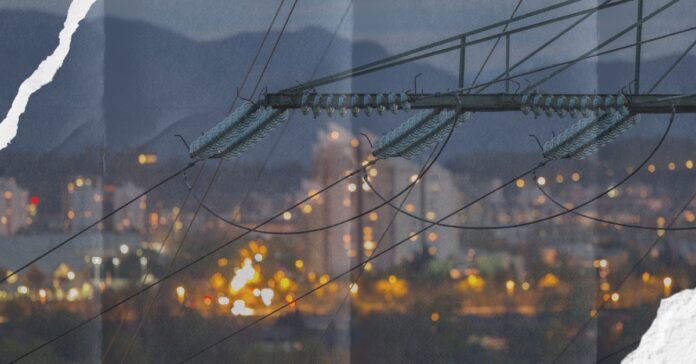 The state Public Utility Commission (PUC) voted unanimously to approve its own recommendations following a review and rewrite of the proposal Thursday regarding how to overhaul the state’s power grid — including how electricity is acquired and sold — and will now send their revised proposal to the state Legislature for approval.

The proposed revisions could have significant impacts on the state power grid’s performance going forward, implementing what could mean significant changes for producers and consumers of electricity in Texas.

But questions remain unanswered. Does the new PCM plan save consumers money? Will the fix make Texans safer in dangerous weather events?

If approved by the Legislature, the plan would then be sent to The Electric Reliability Council of Texas (ERCOT), representing another step in the process that PUC Chair Peter Lake believes will meet the requirements of Senate Bill 2 from the 87th Texas Legislature.

Lake and the commission met to review a plan that was first put forward after the review conducted in 2022 resulted in the controversial Performance Credit Mechanism (PCM) plan.

The PCM, the centerpiece of the proposal, is meant to help produce enough power when in peak demand hours caused by extreme heat or cold when electricity production drops due to a lack of sun or wind to produce renewable energy or equipment breakdowns at the natural gas and coal-fired power plants.

After those peak demand times are identified as “high-risk” hours — utilities and electric retailers that consumed power during those hours — would be required to buy the performance credits from the power generators.

Under the PCM plan, companies such as NRG Energy would commit to being available to produce more energy during those peak times. The producing companies would sell the credits to electricity retailers like Gexa Energy, municipal utilities, and energy co-ops that sell power to homes and businesses.

The vote comes after the state Legislature ordered the PUC in 2021 to change the state’s deregulated power market to add stability following Winter Storm Uri, which resulted in millions of Texans being stuck in a frozen hellscape for days, and was blamed for at least 200 deaths.

The grid experienced blackouts from factors such as equipment failures, high natural gas prices, and the wholesale cost of electricity reaching its cap of $9,000 per megawatt hour for days that week, causing some retailers and electricity cooperatives to declare bankruptcy.

In November, lawmakers asked the PUC to testify to senators from the Business and Commerce Committee who questioned PUC Chair Peter Lake about their proposals that address the issues with the power grid.

The Legislature and energy industry experts are skeptical. The revised plan doesn’t seem to assure them that the revised plan will address the primary issues that led to the grid failures. Critics say the proposal wasn’t properly analyzed and has never been used anywhere before.

Per the PUC live stream of the committee meeting Thursday, the revision was seemingly carried out in a line-by-line fashion, but only the verbiage seems to have been changed — in a “CYA” fashion — rather than a comprehensive revision that would involve taking a harder look at the PCM component.

This follows a directive from state lawmakers in December from the Senate Committee on Business and Commerce asking Lake and the PUC to hold off on its planned electricity market redesign for ERCOT until the start of the new legislative session that began this month so they can evaluate further, citing “significant concern” about whether the plan would actually work.

Energy consultant Ed Hirs, when reached for comment, said of the PUC, “They absolutely know they’re going to have to pay generation companies to keep their equipment online, and to add new equipment to the grid. They just haven’t come to grips with the fact that they’re going to have to pay them. And pay them enough to make it worth their while, and they don’t know how to do that.”

Hirs is an Energy Fellow and Lecturer at the University of Houston in the Department of Economics. He has been critical of the state’s efforts to overhaul the grid, citing multiple missteps he believes they have made along the way.

State Sen. Charles Schwertner, R-Georgetown, tweeted that “the @puc chose to ignore the clear direction of the #txlege by voting to replace the state’s competitive energy market with a costly and complex proposal that is unlikely to deliver the dispatchable generation resources that Texas needs. It’s unacceptable.”

The main point of contention is whether the performance credits will convince power companies to build new natural gas plants — which are dirty energy sources compared to wind and solar energy — but can be turned on at any time.

Others say those traditional energy companies will just use the credits to pad their bottom line from their existing plants, rather than to build new ones.

Doug Lewin, President of Stoic Energy, says that what the PUC thinks they have resolved does not equate to a solution.

“The biggest problems with it: it won’t solve either of the biggest challenges facing the grid: long cold snaps and summer nights. The “credits” given to generators will be random and impossible to predict. You can’t build a power plant on credit generated at random hours,” Lewin tweeted.

Lewin previously tweeted that some parts of the proposed solutions could prohibit the development of environmentally friendly renewable power generators, using wind and solar, and believes that the new PUC plan disadvantages green energy producers from receiving the performance credits.