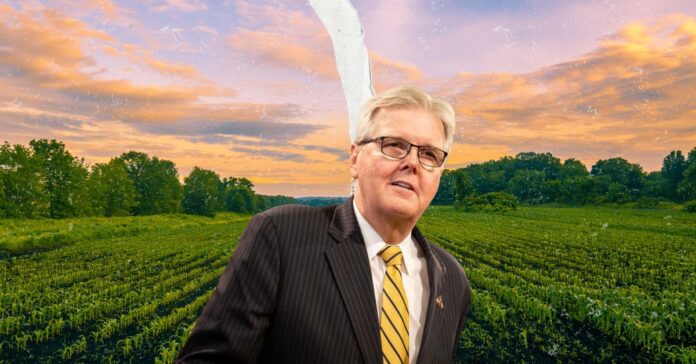 As the Texas Legislature prepares to debate proposals on everything from education to the power grid, Republican Lt. Gov. Dan Patrick seems to be for a voucher program that would have a carve-out for rural Texas school districts. But what would that plan look like?

“I don’t know what the bill will look like…There’s been pushback from rural Republicans that this would take money from districts. But the economies of scale show” that school competition within rural districts simply cannot work anyway,” Patrick said recently.

And the senate’s voucher bill, Senate Bill 176, has no language specifically referring to rural Texas school districts or parents residing in that rural part of the state.

In an interview with The Texan News, Patrick said his comments regarding his idea to “bracket out” rural Texas came during the heat of the campaign trail. “That was said on one of my 15-hour days & I didn’t really say that right.” He maintained that he didn’t mean excluding rural parents, just making special considerations for rural districts.

And Republicans from West Texas, a GOP stronghold — and Republican legislators from suburban areas of the state, along with Democrats — oppose any type of voucher system.

“The governor and I are all in on school choice,” Patrick told the Texas Tribune, acknowledging concerns in rural communities that such a program would undermine their public schools. “To the naysayers that say school choice hurts rural Texas, the governor and I will have a plan to protect those schools financially and to make sure those parents have choice also where they are in a failing school.”

Texas Public Heritage, a nonprofit organization dedicated to preserving the public school system tweeted “Today, we salute you Lt. Gov. Every year, Lt. Dan tries to pass school choice vouchers, and every year he fails. What’s his solution? Slap a new name on it and try again. Genius.”

Page one of 33 of SB 176, says it “is relating to the establishment of the Texas Parental Empowerment Program and an insurance premium tax credit for contributions made for the purposes of that program.”

The bill, introduced by State Sen. Mayes Middleton, R-Wallisville, would allow parents to use state funds to pay for their children’s private school, online schooling, or private tutors.

For decades, the push for school vouchers has been a fringe issue, even in Texas. Democrats and many Republicans, especially from rural districts, have stood with public education advocates to repeatedly block such legislation.

But emboldened by the far-right movement that began with former president Donald Trump’s entering national politics, the idea of vouchers has gained ground in the past couple of years, with both Gov. Greg Abbott and Patrick expressing support for school choice in their reelection campaigns.

But if pro-voucher legislation passes, education advocates say taxpayer funding would bleed out of public schools across the state, and the results could be catastrophic.

“The one thing that [voucher proponents] may be right about is this may be the one and only chance that they actually have to pass it,” said Zeph Capo, president of the Texas American Federation of Teachers. “I do think that they’re going to put an all-out effort into it. And people who actually care about real public education … are going to have to stand up and make their presence known.”

When asked about Patrick’s comments regarding rural Texas, State Senator Kevin Sparks of Midland said “Is that a good idea? Not positive. Haven’t seen exactly what [Patrick’s] thoughts are on that…Not sure that there’s necessarily that need, but I’m gonna be sensitive to that.”

But that begs the question — why is Patrick so determined to repeatedly express vociferous support for such a seemingly unpopular law?

Part of the reason could be that Patrick, despite his earlier claims during the midterm election, will seek another term in 2026. And he has already announced that he will fully support Donald Trump in his 2024 bid.

Some of his largest donors are far-right proponents of vouchers like the Texas Public Policy Foundation. According to the TPPF’s website, the group’s top three “Liberty Action Agenda” items are the following: to put parents in control of their child’s education; eliminate property taxes; lower spending

The TPPF is the brainchild of two far-right billionaire Texans, Tim Dunn, and Farris Wilks, who have a stated goal of creating a “Christian Nationalist” environment in the state’s school systems.

They created and funded a far-right advocacy campaign known as ‘Parents Matter’ to advocate for changes to education, such as school choice and voucher systems, as well as curriculum and school library list reviews.