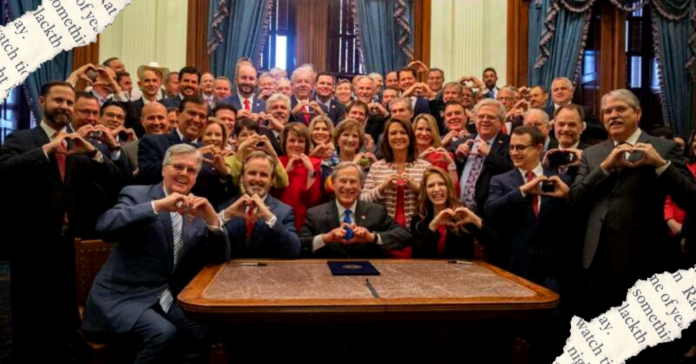 Are the state’s leaders doing a good job? According to Houston Chronicle Columnist, Chris Tomlinson, “the answer is a demonstrable ‘no.’”

With early voting beginning in eight weeks, Tomlinson showcases all the flaws in the Republican-controlled Texas legislature – which has been under GOP power since 2003.

In Tomlinson’s eyes, the 2022 election is a referendum on current leadership, which has tarnished Texans’ life, liberty, and pursuit of happiness.

“Twenty years is a long time for one-party rule, and the current regime seems more interested in scoring political points with extremists than serving Texans,” Tomlinson continued. “But unlike most one-party states, you can review the regime’s job performance and replace it if you like.”

The columnist pledged to dive deeper into the candidates and issues over the next eight weeks, after demonstrating the harsh reality Texans are facing.

Facts Tomlinson listed that will not make you proud you’re Texan: