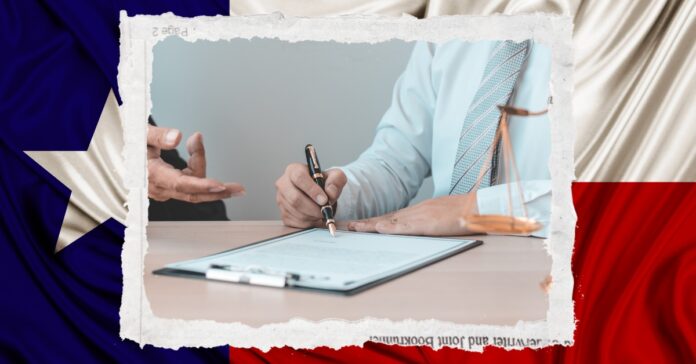 The 88th Texas legislative session kicks off today, and unlike past sessions, lawmakers will be granted a “once-in-a-lifetime” opportunity, as a $32.69 billion budget surplus hovers over the Texas Capitol.

Comptroller Glenn Hegar expects lawmakers will have more than $188.2 billion in general funds to appropriate – including the $32.69 billion surplus. This is a 26% increase from what lawmakers had to work during the last budget cycle. In addition, lawmakers can tap into the  roughly $14 billion in the Economic Stabilization Fund.

Starting the session with a record surplus may pose challenges for legislators since there is a lot more money involved, and it’s a lot “harder to bite the bullet,” said Daly, a political science professor to the Fort Worth Report. Despite all this revenue available, lawmakers are prohibited from spending all of it due to a long-standing constitutional spending cap and a new statutory spending cap put in place last session for certain funding streams.

Texas Governor Greg Abbott and other Republicans believe the focus of the budget surplus should be on property tax relief, wanting to allocate half of the money to this issue. Lt. Gov Dan Patrick has said that much would bust the spending cap but declined to put a number.

However, what that looks like needs to be clarified. Is it a tax exemption increase that doesn’t include spending until voters approve it? Is it tax rebates? Is it an additional school property tax rate compression on top of HB3 from 2019?

We know that property appraisals are growing a lot and that any tax relief is temporary, which could potentially stagnate someone’s property tax bill for one year.

Patrick, while also on board, has come out to say there is no way constitutionally that they can do that. However, during his priority item press conference, he floated an unconventional method for appropriating dollars: amending the constitution to increase the homestead exemption even further. Meanwhile, House Speaker Dade Phelan is determined to put a slice of the surplus toward infrastructure improvements.

The three biggest players in the Texas Legislature have their own ideas on how to spend the sum, which sets the tone for what the debate is going to look like during the session.

It’s not all about Property Tax Relief.

Apart from what the “Big Three” want, some of the top issues on the agenda are: vouchers, education funding, casino gambling, maternal Medicaid expansion, and election reform.

Texas Lawmakers will take up dozens of bills dealing with education, including some that would allow parents to use taxpayer dollars to send their children to private schools.

Vouchers are popular with many Republican politicians who argue that they protect parental choice in education, among them is Patrick. Even though vouchers didn’t explicitly make it onto his priority list, the lieutenant governor did include the need to “empower  parents by giving them a voice in their children’s education.”

With well over 1,000 bills pre-filed for the upcoming 88th Texas Legislature, only two of them are voucher bills. Senate Bill 176 by Sen. Mayes Middleton (R-Galveston) and House Bill 619 by Rep. Matt Shaheen (R-Plano) both provide an insurance premium tax credit that can be transferred to private entities for student vouchers. Also HB 557 by Rep. Cody Vasut (R-Angleton.)

Amongst Patrick’s education priorities there was talk of including a cost of living adjustment for retired teachers, raising teacher pay, and continued investments in school safety.

Meanwhile, Democrats have proposed changing from attendance based school funding to enrollment based. Another idea that think tank Every Texan is pushing is increasing the basic allotment to line up with inflation (would have to increase to $7500 if we want to stay in line with inflation.)

Last but not least, perhaps the one issue generating the most bipartisan support in Texas politics is the desire to see the state standardized testing radically reformed or, better yet, entirely eliminated. Both Republicans and Democrats have criticized the State of Texas Assessments of Academic Readiness (STAAR) Test for years.

If lawmakers made such a move, it wouldn’t be the first time in recent years they made changes to the state’s annual exam. In 2019, the state legislature passed legislation directing the Texas Education Agency to revamp the STAAR exam.

Abbott has been an opponent of gambling expansion for years, reportedly indicating in 2015 that he “wholeheartedly” backed the state’s restrictions on gambling. However, just weeks before facing re-election, he softened his stance just a bit. In a statement, his office indicated that he would consider proposals to legalize commercial casinos in Texas.

For his part, Patrick has staunchly opposed any form of legalized gambling in Texas, saying the Senate would not have enough votes to send the amendment to the voters.

During this session we can expect a heated argument over SJR 17, filed by Texas State Sen. Carol Alvarado (D-Houston). If passed, the bill would authorize and regulate casino gaming at a limited number of destination resorts and facilities in Texas.

Maternal medicaid expansion has been on the agenda for some time now, in the 87th  legislative session, the House voted to expand postpartum Medicaid coverage for new mothers for up to a year, but that was slashed to six months in the Senate.

According to research, extending postpartum Medicaid to a full year has well-documented benefits, providing a crucial source of stability during what can otherwise be an incredibly sensitive period for new mothers.

This session Democratic lawmakers are focused on renewing that push for more coverage.

Election legislation will also be a large priority. So far, there are a total of 75 bills on the topic already pre-file, according to The Voting Rights Lab, a nonpartisan voting rights organization that tracks election policy.

Some of the issues that are to be dealt with are: online voter registration, electing a voting marshal, raising the penalty for casting a ballot if ineligible, expanding the attorney general’s authority to prosecute elections crimes and accommodating voters with disabilities

“During the upcoming legislative session, the Texas Senate will continue to pass legislation to improve the integrity of elections by making it easier to vote and harder to cheat so voters can have their faith in our system restored,” said Patrick.

Despite the record breaking surplus and general revenue available to appropriate, Comptroller Hegar cautioned lawmakers from assuming the surplus will last beyond this biennium.

“Bluntly, don’t count on me announcing another big revenue jump two years from now… we cannot reasonably expect a repeat.”